This is part of a 2 part operational deception miniseries looking at why Rommel placed his Divisions where he did and how his mobility was limited by deception, and a part of our series on the Battles of El Alamein.

We look at Op Bertram, the Operational Deception plan for 2nd El Alamein and provide a checklist for deception planners.  These are just the shownotes, so listen on your favourite podcast player for more details.

This episode discusses how the Black Code, the code used by the US in Cairo used was compromised and how the book Rebecca by Daphne du Maurier and its link to the movie ‘The English Patient’.  The British were able to capture the spies and continued to transmit directly to Rommel.  They transmitted about British fears of an attack on the ridge at Alam Halfa – this ridge was actually heavily defended and the messaging was to shape Rommel to attack the ridge. 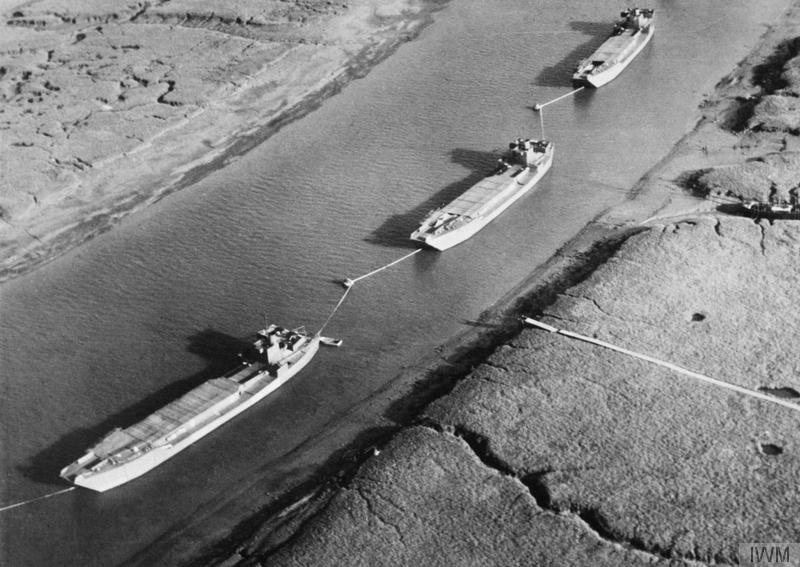 We look at an Operation conducted by Freddie de Guingand, and a ‘haversack’ ruse.  He produced a fake going map and work to funnel Rommel’s armour into an area of notoriously deep sand, designed to decrease enemy mobility and increase fuel usage.  German mapping was fairly poor and they highly prized captured maps.  Prisoner interrogation showed that the going map was used.  It was reinforced by messages from ‘Kondor’.  Who was Kondor?

What contributions did Wavell make in the development of the deception plans?  He was a believer in deception, deception planning and making the required resources available for deception.  Wavell had worked with TE Lawrence and worked on the deception plan at Megiddo.  He managed Operation Compass, a stunning success despite being heavily outnumbered.  Strategic surprise was the key.

“You must conceal 150,000 men, with 1000 guns and 1000 tanks, on a plain as flat and hard as a billiard table, and the Germans must know nothing about it, although they will be watching every movement, listening to every noise, and charting every track…. You cannot do it, of course, but you’ve bloody well got to.”

The allies developed a Op Treatment was to develop the idea that the main effort was Crete and Montgomery would only conduct minor offensives to train his troops in operational conditions.  Hitler ensured that Crete was reinforced.  This was during fierce fighting in the Caucusus

Clarke believed that the lie was so precious that it would need to be flanked with a bodyguard of truths.

The Deception plan had the following objectives:

Seven sub-operations were conducted as a part of Bertram.

A complex shell game was planned with equipment and stores built up in the south and then moved under the cover of darkness to the North.  Trucks were built up in assembly areas in the north, to be replaced with tanks disguised as trucks.

1. In planning a deception, the planner must know its strategic goal. For the magician, this is always simply to provide the audience with a pleasing and surprising effect or puzzle, for that is all they expect if he is to earn his keep. For the military commander, it may be to launch a surprise invasion of another country, effect a landing on an enemy beach with minimum initial opposition, get the jump on the enemy with a new attack or counter-attack, or simply get a reconnaissance or rescue party in and out of hostile territory with sufficiently low casualties to assure success. These goals pose the kinds of problems that the planner initially faces; they are the givens he must work within.
2. The planner must decide how he wants his target to react in such a given situation.
‘In the first Deception Plan I ever tackled I learned a lesson of inestimable value. The scene was Abyssinia… Gen. Wavell wanted the Italians to think he was about to attack them from the south in order to draw off forces from those opposing him on the northern flank. The Deception went well enough—but the result was just the opposite of what Wavell wanted. The Italians drew back in the South, and sent what they could spare from there to reinforce the North, which was of course the true British objective. After that it became a creed in ‘A’ Force to ask a General ‘What do you want the enemy to do?’, and never ‘What do you want him to think?’
3. Only then must the planner by himself—whether general or magician—decide what he wants the target to think about the facts or event, precisely what it is they should perceive.
4. He must decide specifically what is to be hidden about those facts or impending events and what is to be shown in their stead.
5. The planner now analyzes the pattern of the real thing to be hidden so as to identify its distinguishing characteristics (charcs), specifically which of these charcs must be deleted or added in order to give another pattern that suitably masks, repackages, or dazzles.
6. He does the same for the false thing to be shown to give another pattern that plausibly mimicks, invents, or decoys.
7. At this point the planner has designed the desired effect together with its hidden method. He must now explore the means available for presenting this effect to the target.
8. Having the effect and the means, the planning phase has ended and the operational phase begins. In magic, the planner is usually also the performer. In the military and intelligence fields, the deception planner usually hands over the plan of execution to operational units to present (sell) the effect.
9. The channels through which the false charcs (and patterns) are communicated must be ones open (directly or indirectly) to the target’s sensors.
10. In order for the deception to succeed, the target must accept (buy) the effect, perceiving it as an illusion. Deception will fail at this point only if the target takes no notice of the presented effect, notices but judges it irrelevant, misconstrues its intended meaning, or detects its method. Conversely, the target will:
• Take notice, if the effect is designed to attract his attention;
• Find it relevant, if the effect can hold his interest;
• Form the intended hypothesis about its meaning, if the projected pattern of charcs is congruent with patterns that are already part of his experience and memory; and
• Fail to detect the deception, if none of the ever-present charcs that are incongruent are accessible to his sensors.

82 – Military Deception at the Strategic, Operational and Tactical level – examples from the 2nd Battle of El Alamein

84 – Montgomery, Fighting Power and turning moral around in the 8th Army

13 – Black Jack Galleghan and the ambush at Gemas

18 – The Roman Center of Gravity at the Battle of Cannae

45 – Leadership and Morale on Palliers Hill

Great episode. You can never have enough deception built into your operational plan.